Well, my MCL injury is now officially diagnosed and working towards repair.  After an MRI, I found out I was right on with my instincts.  It is an MCL tear (not severed), with no other injuries to other ligaments or meniscus.

And like I thought, there is nothing the doc can do - they don't typically do surgery on MCL injuries unless it is just gone.  What I DID learn is that this ligament can heal itself!  10 years ago I severed my ACL and had replacement surgery.  At that time I did a lot of research, and learned that the ligament does not repair itself, and therefore even a partial tear will always be that way.  So I assumed that was true of all ligaments.  But apparently that was just because of a lack of blood flow.  The external knee ligaments (MCL & LCL) CAN repair themselves!  So that's very exciting!

What the doc did say is that there is a small possibility that I could play in my hockey finals next weekend.  He prescribed physical therapy and said to go all out.  I had my evaluation and first PT session this week.  Because of the injury and my limping for the last 4 weeks, I can't straighten my knee without a lot of pain, so that's what we're working on for a normal walking gait.  It hurt more during my passive stretching (therapist moved knee) than I expected.  Like I had to told him to stop because it hurt so much.  Then I moved on to laser, ultrasound, exercises, and active (I controlled) stretching.  My knee was really sore and tight after that first session, which worried me, but surprisingly, that next day I found out I had better extension!  Things are looking up!

At home I will continue with my PT homework, laser provided by my boss (chiropractor), icing, biofreeze, reiki, and elevation.

I have 4 more sessions before our first game of our league finals on Thursday.  Im not sure I could play in that game, but I am hoping to play on Saturday.  All prayers are welcome for speedy healing!

Ask and it shall be! SPRING!

So I asked if it was spring, right?  AND IT IS SPRING!  IT IS SPRING!  I don't know about the rest of the country, but today was a beautiful, sunny, day in Detroit!  I opened the shades, made a few trips outside, and saw neighbors in Tshirts.  While Im not that brave, it certainly did wonders to lift my mood!

And a wonderful way to bring you my blog about seed starting.  Now, I almost didn't do seeds this year.  When it's time to plant after the last frost (May 2nd this year), I can always find plants at the local plant stands and farmers market that are stronger, bigger, and healthier, than mine.  And they are usually only $2-$3.  So why bother spending time and electricity on starting my own?  Well, it's simple.  I need it.  I need to see the little seedlings coming up with the promises of spring and gardening.  I generally try to stay away from the plants that are readily available and stick to rare or heirloom veggies, herbs, and flowers.  There is a whole chart system of when to start each seed, based on last frost date and how long it takes them to grow.  I really don't have the patience for that.  While I did start them a week apart, I was too excited to get them into their little pots.  So the pictures you see have tiny seedlings from the seeds I started last weekend.  YAY! 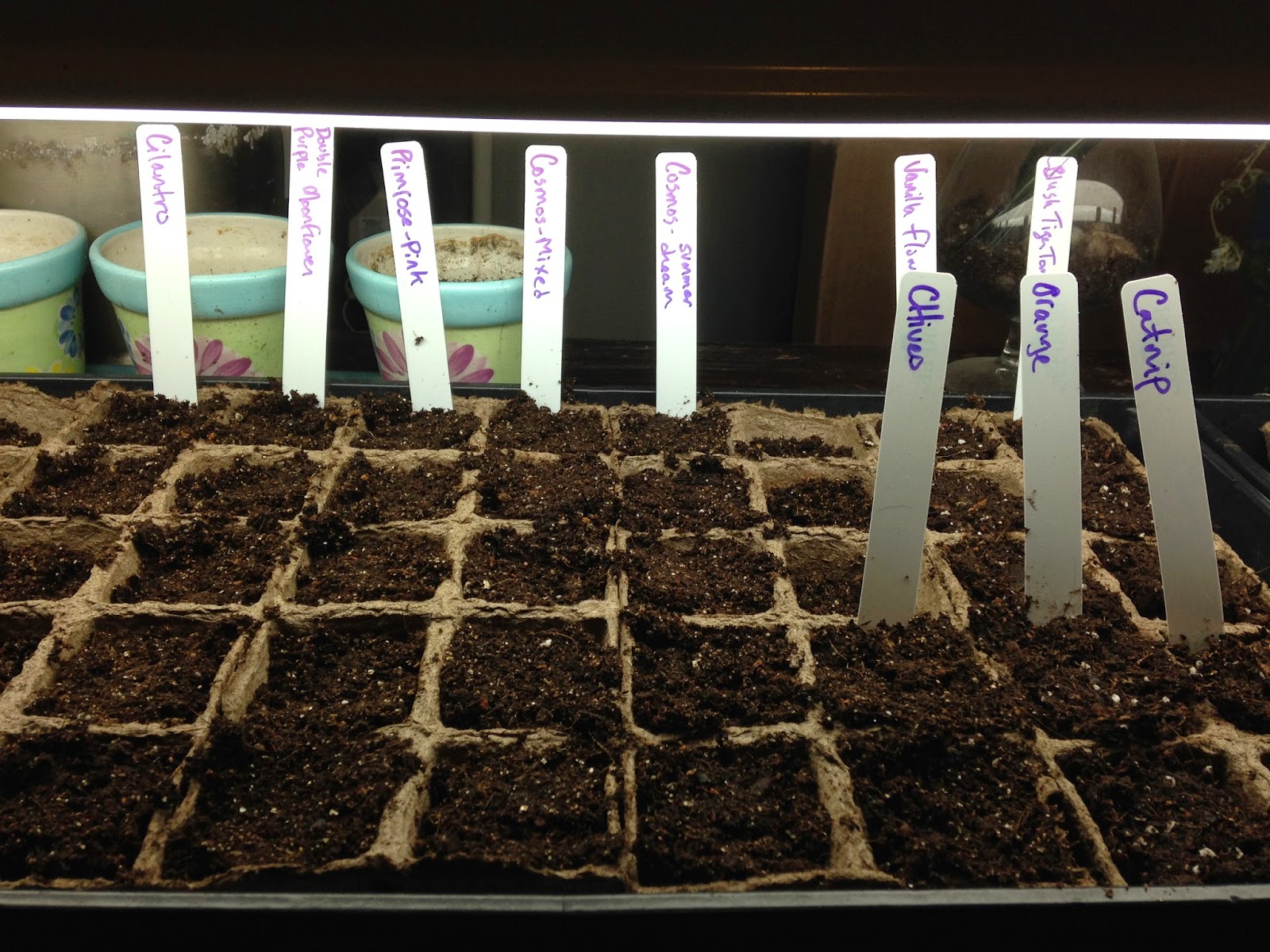 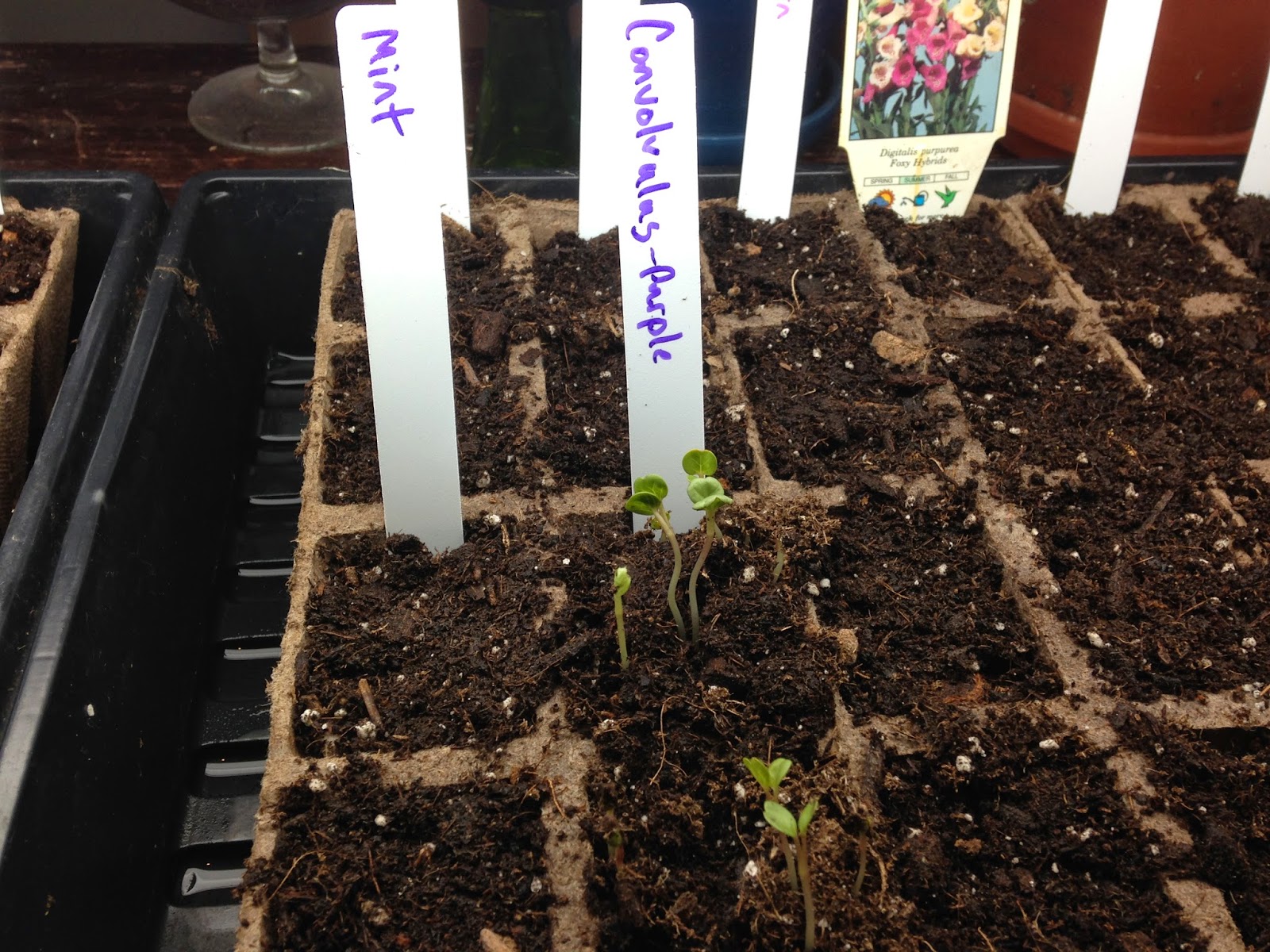 Who else loves to start seeds, or gardens?

Is it spring yet?

It has been brought to my attention by a few people that I have been lacking in my blogging duties lately.  It has been 3 months since I posted about Italy, and to be honest, I've been reveling in that!  I don't have that much to write about!  I'm not a huge fan of winter.  But that's no excuse.  There's plenty of things we can talk about!  So I'M BACK!  Here are a few things going through my mind lately ...

So there's the huge debate about child immunization.  I sort of see both sides.  There is something strange about PUTTING a disease into our bodies as a means to not actually get the disease.  There are enough chemicals out there that maybe we shouldn't be actively be putting nasty stuff into our bodies.  There's also really nasty bugs out there that modern science worked really hard to eradicate, and now some of them are coming back into play, and people are blaming the non-immunized.  So is that true?  What's the final answer?  I just don't know.  I don't have kids, so I don't have to!  Ok, go ahead, respond with how ridiculous this is!

It was recently fat Tuesday, and everyone went crazy for Paczki's.  These are just jelly donuts with triple the fat, butter, flour.  I know there are some better flavor combinations out there, but I don't get it.  I guess because I don't like jelly donuts that much,  knowing that one of these would be more calories than my dinner doesn't appeal to me.  I brought a 6-pack to work - you should have felt how heavy it was!

Yes, I have another hockey injury.  In a game a couple of weeks ago, I was hit from behind, and hit the boards as I was twisting and falling, so my feet hit the boards with bent knees.  Both knees bent sideways (ewwww), one being worse than the other.  I had extreme swelling but I know my body.  I did some stretching and stability tests, and Im pretty sure that I have a Grade 2 MCL tear.  They typically do an Xray or MRI to check for damage to the other ligaments, but Im pretty sure it's an isolated injury.  All of the research online shows that they rarely do surgery, and the typical treatment is PRICE (protect, rest, ice, compression, elevation).  So I didn't go to the doctor right away because I didn't want to pay for someone to tell me that.  But now I have rethought that decision - it's not feeling better as well as I had expected.  The swelling has subsided, but if I step even slightly turned, there is a lot of pain.  I wake up every morning with serious pain, but it does go away.  I will be going to my orthopedic doc this week so I will have an official diagnosis.  Hopefully I'll get back to hockey for our league finals in March!

Sorry to take a serious turn, but I just have to say this:  I don't get it!  I am having a really hard time wrapping my head around this thing.  The idea of the organization is just so terrible.  Terrible people doing terrible things.  The stealing, kidnapping, rape, murder.  I get that.  Terrible people have been around since the world began.  But WHY do people want to join?  WHY are there people from America and England, and countless other countries, trying to travel there to join up?  It's not like there's a specific idea or religious concept that people believe in so much that they want to be a part of it.  Are they not disgusted by their actions?  Are they not horrified by the killing of innocent and good people?  What is it that they want to accomplish?  Can someone explain it to me?  I must be really naive, because I just don't understand.

Is Spring here yet?

This has been a long, hard, COLD, winter!  Yes, last year was probably worse, but that doesn't make it any easier.  Winter is necessary for our great spring flowers, and the appreciation of the smell of rain, but can it please get here already?  Im pretty sure I have a case of seasonal affective disorder -lack of energy and motivation, bored, tired ... I need sun!

Im starting seeds for spring soon ... I promise to keep you updated!