So you've all seen the hype about the Apple Watch - NOT the iWatch, as some people thought it should be called.  If you haven't, you've been living under a rock!

After much anticipation, the official pre-order date was announced.  Online sales were accepted at midnight.  This is my Dad's Christmas gift to me, so I was super excited.  Apparently Im not smart enough, because I didn't think about the fact that they are in California.  So I was online, patiently waiting.  The online store said "loading" for a long time.  What I did find strange was that a system software update for my computer and iPhone automatically ran at midnight.  You can see my confusion.  So I waited till about 1:30am and finally went to bed, needing to be up for a flight the next morning.  While at the airport, I called customer service, and they placed the order for me for the green sport watch.  Don't get me wrong, this was no easy decision!  I looked online for a couple of months, and changed my mind a few times, before settling on this model.  She said that I had missed the April 24 first delivery date, and the May delivery date, and that my watch would be shipped in June.

So imagine my surprise when I got an email yesterday saying that my watch would be delivered TODAY!  On the first shipment day!  I will get the watch on the FIRST DAY anyone will have one!  I am so freaking excited I can barely contain it!  The email said that I would need to be home to sign for the delivery.  I would have stayed home from work if I didn't already have the day off.  I canceled PT (for my knee, yes Im still in PT - I'll update later), and settled in to wait for my delivery.

Here it is.  There's no way I can write my feelings, so I made a video of the "first look" (no, Im not marrying the watch):

I've been noticing a lot more people on the street corners lately.  I know that Detroit (city of) has a large homeless population, but I have only seen a few out and about in the suburbs.  But lately I have seen a lot of people with small cardboard signs hanging out on corners.  There is one corner in particular that is at the exit off of the freeway for downtown Royal Oak.  I have given money a few times, and once a bag of chips that came with my lunch that I didn't eat.  I often wonder what my few dollars could possibly get them, if they are allowed to sit in a diner and have dinner, and while trying to hold back judgement, I wonder what that money is going toward.

So I decided that a package of goodies might be more practical than a few bucks.  They can eat at their leisure, and they don't have to walk a mile to get it.  It probably cost about $10-$15 each package, but I think it's worth it.  I have also seen a few people with dogs, so I bought a large bag of dog treats and separated into ziplock bags.  I have a soft spot for animals.

Every time I saw a good deal (10/$10), I bought things.  I was at CVS and found the snack packs of tuna or chicken salad with cracker for only $1!  They are normally $2.50.  The easter candy was 75% off!  I also stopped in the dollar store and grabbed some great deals - like 8 packs of cheese and crackers for $1!  I also went into my stock of hotel lotion and shampoo and put those in there.  I had bought a pack of socks that were too big for me, so I put in a pair in each.  Anything helps!  I had a list, and forgot some things, but it doesn't have to be perfect.  Even a few goodies will make a difference!

Here is what I put in the 5 packages I made up, put in a airtight ziplock bag: 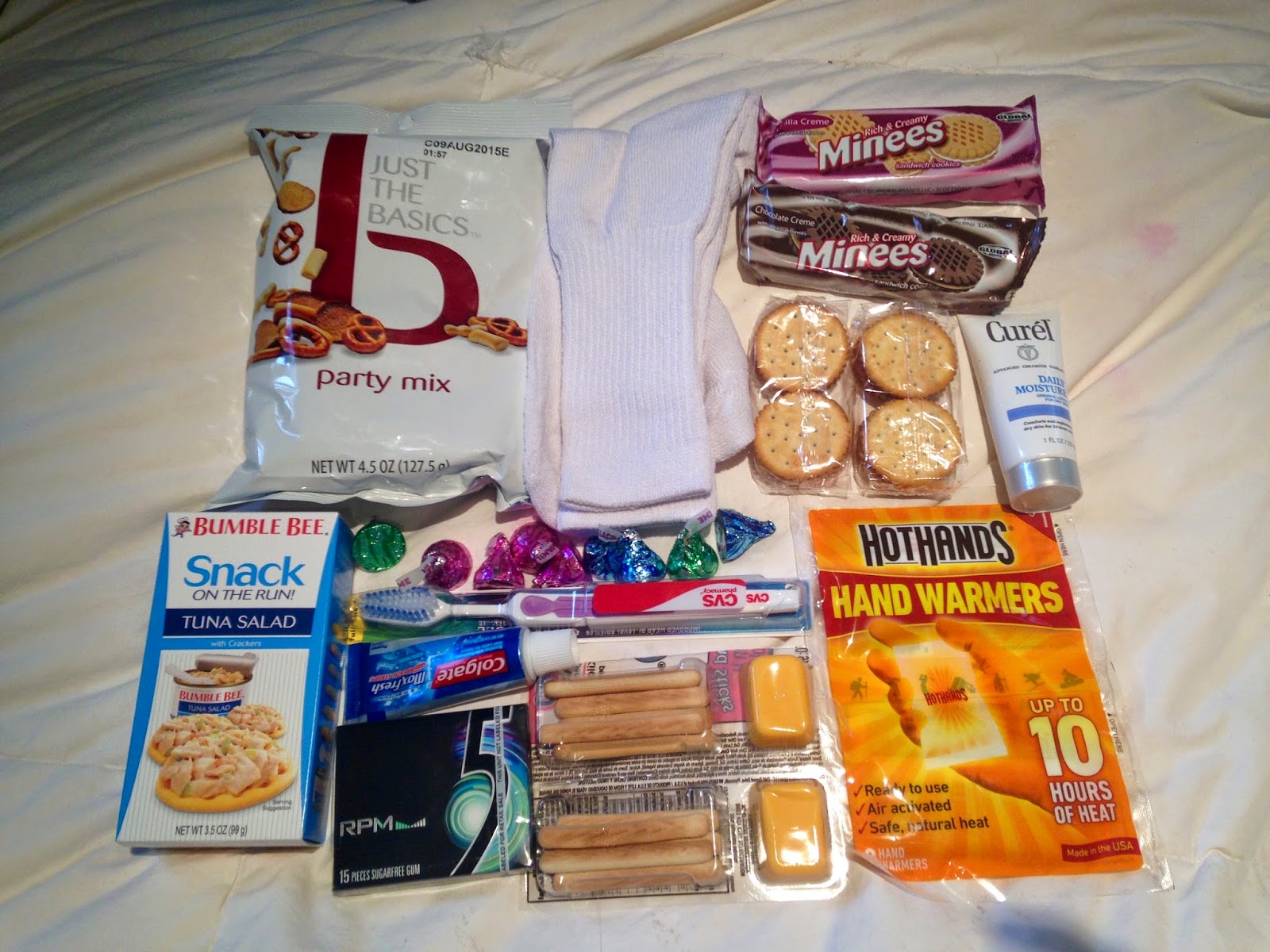 
But what I really want them to know (I'll get a little more artistic next time): 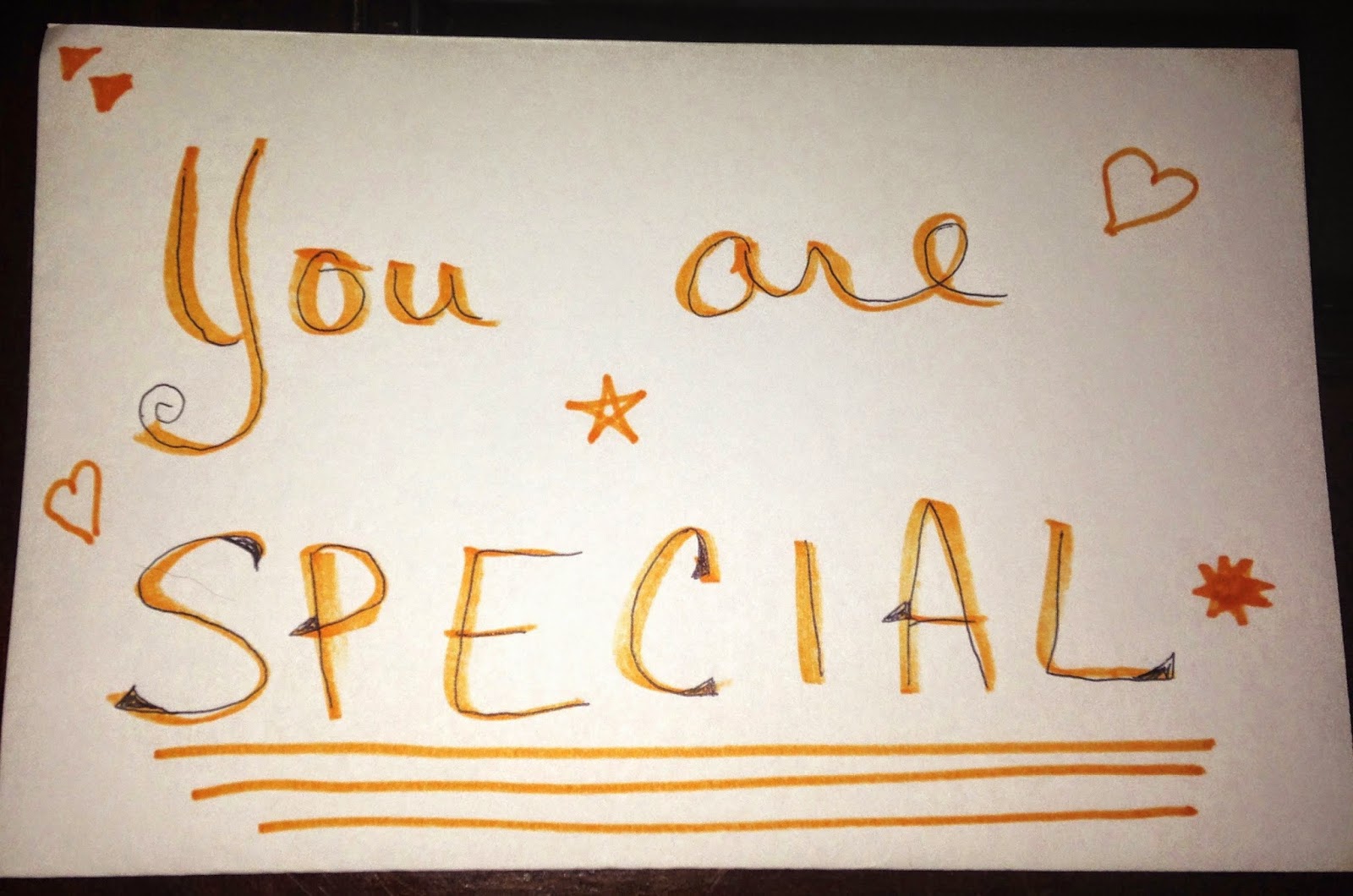 
Let me know if you make up packages to share!

I was going to start out with the bad stuff, but that's just cruel!  THIS is what you need to see - the first flowers of spring!  I should have moved the dead leaves, but I was just so excited to see signs of spring, of sun, of rain, of worms!  YAY SPRING!  By the way, this beautiful photo was taken with an iPhone 5S.  I am thoroughly impressed with the camera sometimes, as long as you take your time and touch the screen for focus. 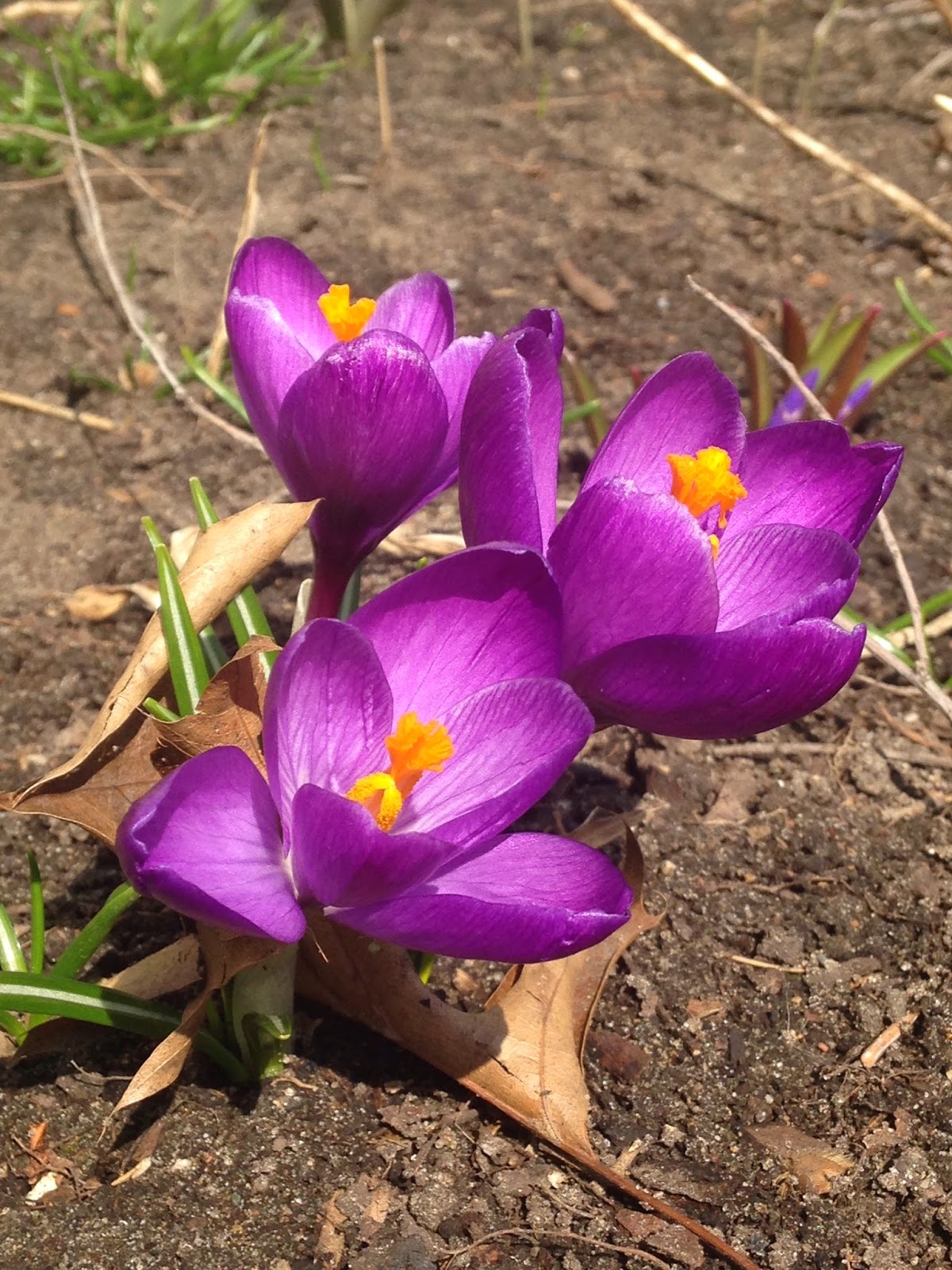 I'm not going to lie, my mood has not been the greatest the last couple of months.  I was hit hard with the flu in December / January, and it took me a long time to recover.  I don't totally hate winter as a season, but for some reason I just couldn't shake the blues.  So now that the days are getting longer, the sun is shining, I will be able to get my hands in the dirt, I am considerably happier!  I am looking forward to this season with open arms. 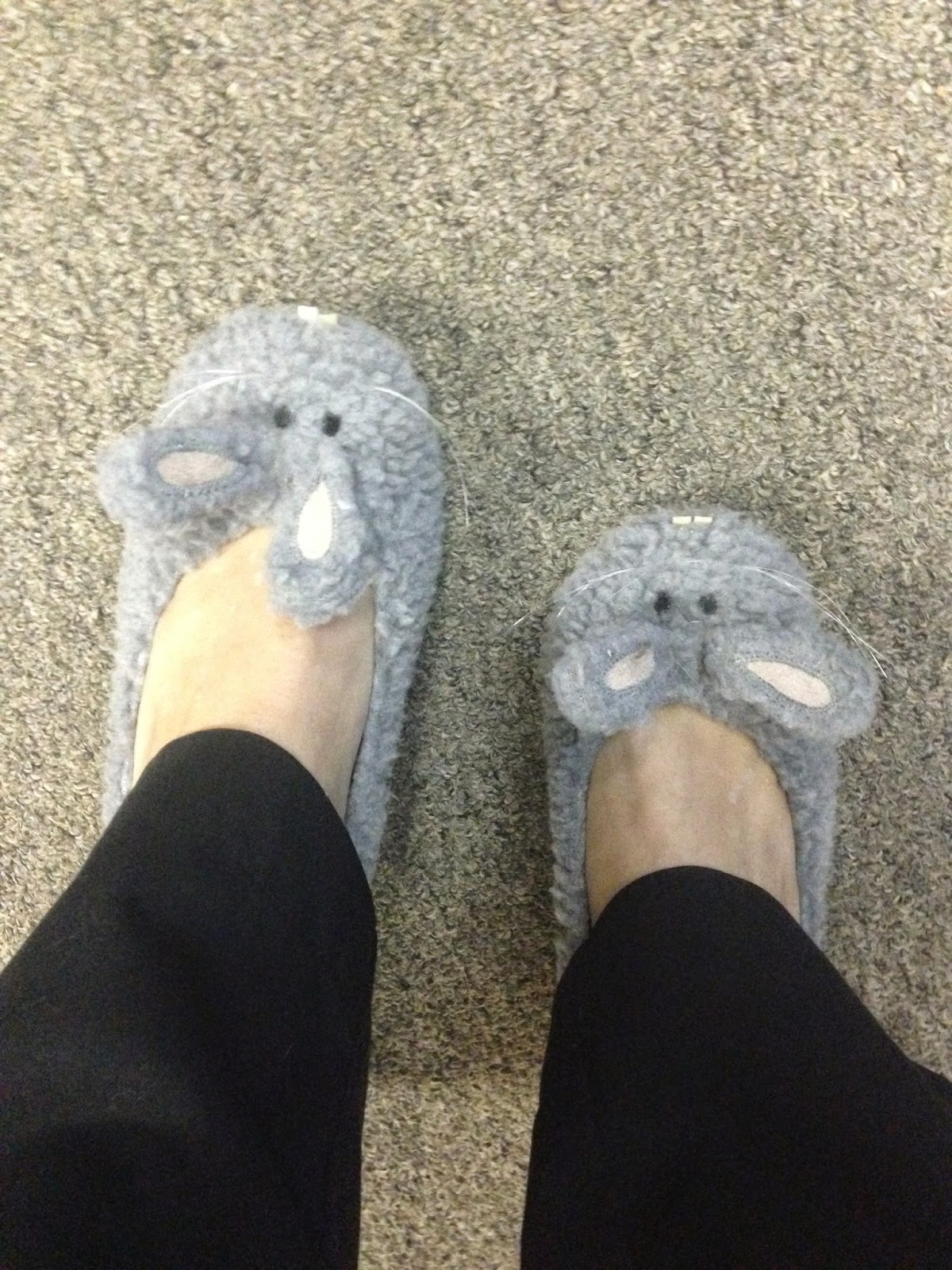 In honor of Easter, I wore these to work.  No they are not slippers.  They actually have a small wedge heel.  They are adorable.  Im bummed my boss was on vacation.  She would have enjoyed these.  We are a chiropractic practice that specializes in pregnant women, babies, and families. 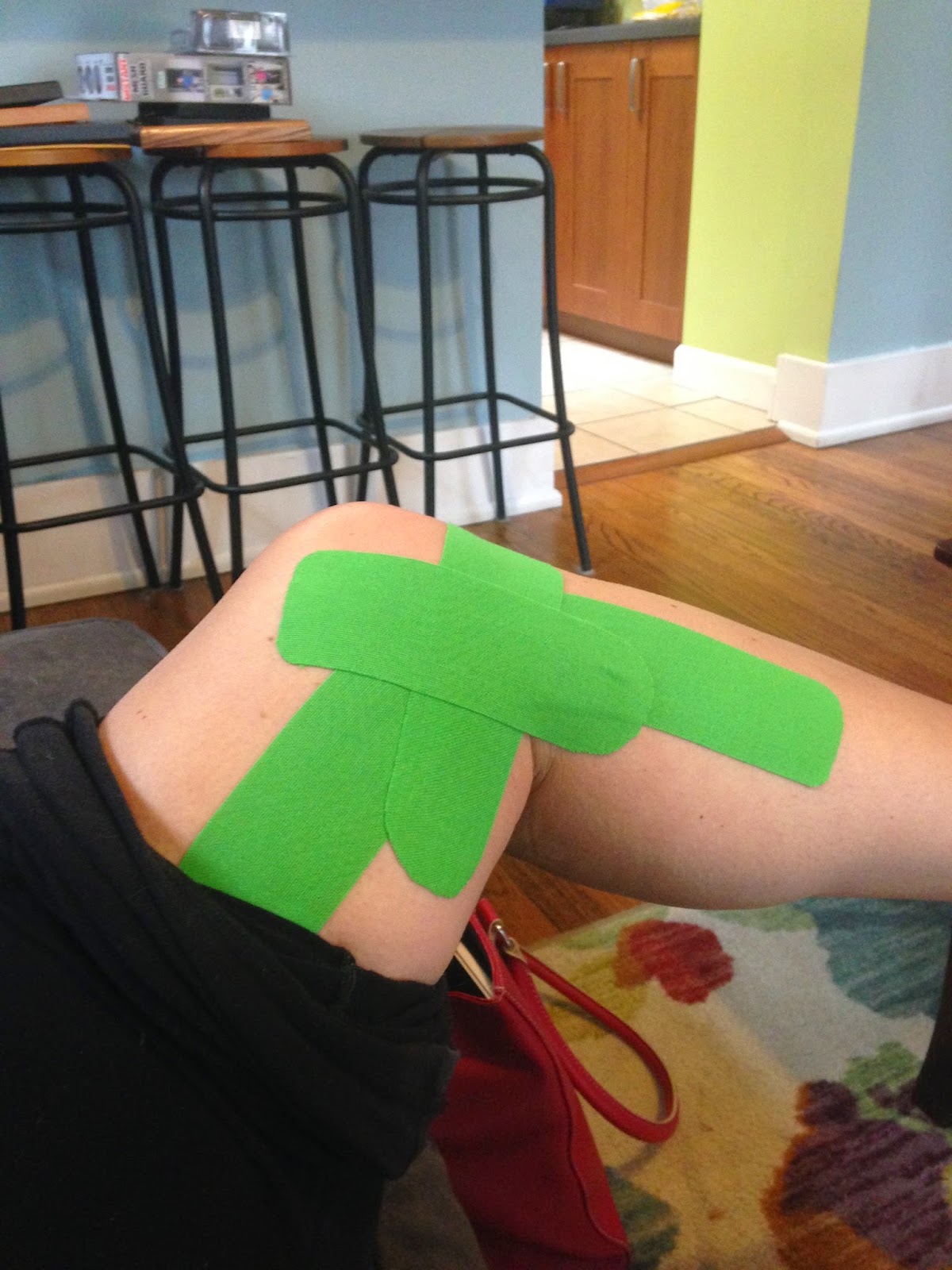 So I am still in physical therapy for my knee (MCL).  The whole point was to be able to play in my league finals, which has come and gone.  I went open skating and felt pretty good, so I did play in our semi-finals, which we won!  I played for a period in the finals, but after feeling a couple of minor "twinges", I took myself out of the game.  At least I tried!  So now I have been in PT for 7 weeks, and by all accounts, I should be almost completely healed, but there is something stopping the progress.  There are still exercises I am not able to do, and there is still pain.  This week I had a serious setback and could barely walk on Tuesday and Wednesday.  I don't even know what caused it.  I am also having excruciating pain in the middle of the night, so much that it wakes me up, and in the morning.

I tried kinesio-tape for the first time this week.  It is supposed to increase lymphatic drainage, increase blood flow, and increase healing.  Many athletes swear by it.  This is the picture I did on my knee.  Yes, I looked at YouTube to find out how.  HA!
Apparently there are studies done that say that it only creates a placebo effect.  Well, Im here to tell you that can't be true, because I didn't think it was going to work!  The other day I tried it out, expecting no difference, and it took away my pain instantly!  I was shocked to walk stairs effortlessly.  So then the next day I took it off before I showered, and after my shower I was wondering why I had pain again.  THE TAPE!  When I put it back on, the pain subsided again.  Not completely, but enough to praise the tape.  I love this stuff.

So when I told my physical therapist that I still have pain, hetested my MCL, and it actually seems to be quite strong.  So there may be something else going on.  Nothing else showed up on my MRI but it's always possible that I injured it after.  So I guess it's time to go back to the doc.  Im sick of being injured.

Back to spring ... I bought my first "in the ground" plant at the farmer's market today, and look forward to the day of flats and annuals.  What are you planning for your garden this year?

Posted by Serene at 2:30 PM No comments: